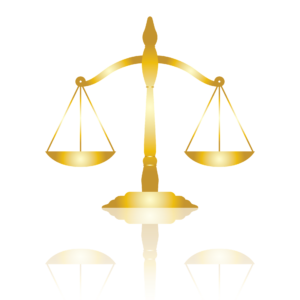 A bill under consideration would end the use of school spankings and paddlings in [Missouri].

As an early career teacher in a larger high school in southwest Missouri, I was well supported and mentored in a fine, veteran English department, and well frustrated by an autocratic administration and school operation. The superintendent held high rank in the National Guard, and the High School Principal served as a strategic lieutenant. He was the second principal I experienced; the first retired at the end of my initial year. Fortunately, curriculum seemed largely a faculty and department matter, and we were able to do good work, developing a creative design in the early days of phase electives. I had become department head after my second year, and certainly must have been seen as pushing too much too soon, advancing too quickly.

One day as I walked past, the principal told me to step into his office; a smallish freshman boy trembled in a straight-backed chair on the east wall, facing the dominating desk and expansive west windows, there to be punished – three whacks with a paddle as I recall – for some infraction about which I was not informed. I was there to serve as a witness, and probably for my own lesson in the allocation of power. I did not think of that at the time.

The paddle, about 2 feet long, made from a 1×4 and shaped with a 6-8 inch handle, wielded by a 6’2” athletic man in his 30’s, could and did deliver a formidable blow. Told to lean forward and hold onto the desk, the boy complied – except that he could not keep from jerking his hands behind him. If he did so, and the blow was delivered as intended, broken fingers were likely. A tableau – the principal, the boy, the witness – unnoticed by passing traffic but increasingly tense as the swing of the paddle would start and the hands would spasm to cover a scrawny bottom. The principal grew increasingly angry, the boy increasingly fearful. He knew this would hurt; he knew it was inevitable.

Finally, pleadingly, through tears – “would you hold my hands?” I stepped around the desk, across from the boy, moved the chair, and gripped his wrists just above hands braced on the desktop. Eye to eye we waited for a moment. One solid whack elicited a moan; the next brought a writhing sob; the third and last left him limp and crying. Quickly dismissed, he was sent past the secretaries and student aides who had heard his shame, back into his adolescent high school world where he had little more power than in the principal’s office.

Now facing my 51st year of teaching, the incident haunts – I know nothing of what became of the boy, even of the principal. Thanks to recognition afforded our curriculum work, I accepted an opportunity the next year to enter graduate school. By then, leaving the principal and the tone of the building made that an easy choice. Some things I know:

Discipline by paddling was legal, if repulsive;
In our building/district it was intentional, if misguided;
The culture of the school could certainly offset efforts of a department, a faculty.

We see much today about a school to prison pipeline, and rightly so, but there are others. What about a pipeline to abuse? What about a pipeline to alienation from schools and learning? What about a pipeline to civic powerlessness? To deep distrust of all systems and authority? And I must confront, reflect upon, the flaws and inequities in my own practice. As do most teachers, I suspect, I recall failures more vividly that successes. Nearly 50 years ago, I did a frail freshman a service in the moment; I did not affect the system, or that odious practice, for the long haul. Today I read a blog post about how to deal with a difficult principal. The author offers commendable, relational suggestions, progressing from communicative to defensive, while acknowledging that they may not work. Nearly 50 years now, and still the final option is to leave. I understand, have been there, but it is not enough.

…that a discipline technique works is not a sufficient reason to use it. Richard L. Curwin ASCD 2/17/16