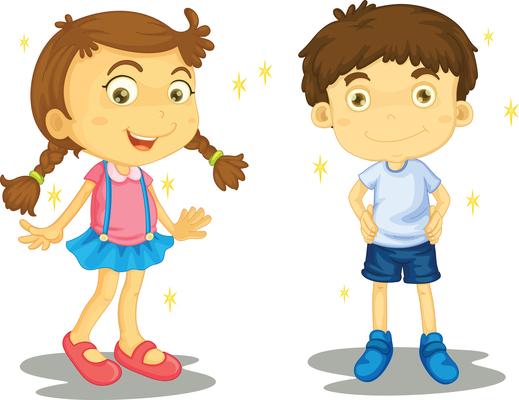 It is difficult to be an extraordinary child in a world that not only accepts, but celebrates mediocrity. In a nation where we measure academic achievement with BASIC skills tests and set mere proficiency as a worthy goal, it is a challenge to be the child who shines brightly, thinks differently, and aims above the bar. The ordinary masses fear the extraordinary who stand as foil to their persistent mediocrity. This fear manifests itself in the standards they set, the closed circles they create, the behaviors they reward, and their cult-like worship of compliance.

What is left for the artist who creates work that makes the masses uncomfortable because they are not capable of understanding it? He will be forced to watch the awards go to the children who color inside the lines. He will be pushed to confine himself to the rules and cage his desire to make art that delivers a message and challenges the status-quo.

What is left for the writer who pours her soul out on a page only to be told her writing does not comply to the rules? She will be forced into contrived genres and rigid structures until she loses the voice with which she once so loudly created masterpieces.

What is left for the thinker whose opinions counter the culture and delve into material deemed beyond her youthful capabilities? If she speaks loudly she will be silenced – especially if she is a she. If she refuses to submit, she will be mocked by those in power, adults who refuse to believe children are capable of forming their own opinions and pushing social change.

The mediocre and the ordinary cling with desperation to their power because deep down they know they have not earned it and do not deserve it. They continue to lower the bar like an ever-moving limbo stick, celebrating the children who shimmy under it and scolding, ignoring, or punishing the children who continue to leap high above it. Their messages at their best are disguised as participation trophies, decisions that “give other kids a chance,” insistence that calling on the brightest child in the class makes the other children feel bad. At their worst, they are not disguised at all but openly communicated on social media through mockery, or manifested in punishments for behaviors that demonstrate an independent spirit.

As a teacher my most important job is to fan the flames of extraordinary in the children entrusted to me. I must stand as a bodyguard fighting off all those who come at these children with buckets of water and fire extinguishers, determined to put out those flames. As a teacher I have only done my job if the young people in my life step out into the world with as much sparkle as they had when they began their journey towards it. I want to tell them the world will have a place for them when they leave me because mediocrity is only demanded of the young. I want to explain to them that youth is a test and that if they can manage to survive it without having the sparkle beaten out of them, then they will be strong enough to shine in the world on the other side. But it shouldn’t be this way and I am afraid it is getting worse and not better.

Extraordinary child, keep your head up. The ordinary fear you because when they see you they cannot be content with the desperate lives they are living. But don’t let them make you think you are the problem. Sparkle, question, speak loudly, laugh loudly, think deeply, and if something calls for jazz hands – don’t be afraid to give it jazz hands.

Susan Vernon teaches concurrent enrollment composition, English 11, and communications at North Polk High School and loves every second of the work she does. She is the mother of five, including a future language arts teacher preparing to student teach in the fall. She says, “There is not a moment of my day that isn’t an opportunity to make a difference! My life is awesome young people all day, every day.”