Rex Muston transforms small episodes of parenting--removing a downed tree with his sons and weightlifting with his daughter--into slice-of-life poems that honor the subtle struggle of loving--and letting go of--teen children. 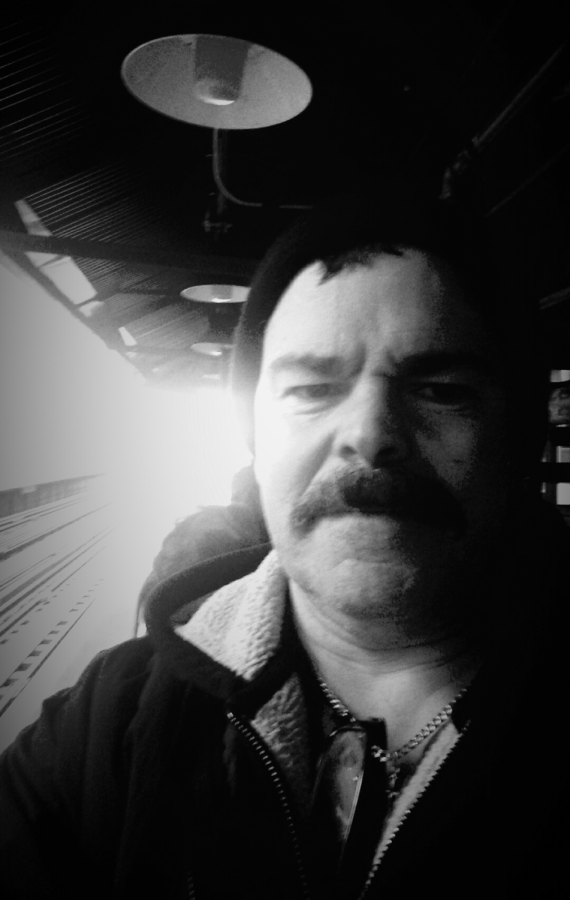 The rotten trunk of the dead oak
at the home of my children’s mother
lasted longer than our marriage ever could.

Last week it gave up the ghost,
falling with an imagined death rattle
across the fence into Kathy’s yard.

A cowboy hat and a tractor make Scott a tall hero,
he lifted, and cradled the log with diesel subtlety,
like a child he was gently carrying from a sleep.

A woman in her late forties was saved that day
and two boys in their teens stepped toward lumberjackdom
moments after a father threw tools in a truck bed
and drove away.

I’m losing her to her “teens,”
between the second set of bench, and abs,
with the Backstreet Boys oldies playing,
and laughs we share over my bad dancing as a dad.

We are close, and gone in the same shared moment
like the sunlight from the windows of the weight room
is warm with us inside,
and fighting a losing battle to wind and cold outside.

She is far enough from when she was my Peanut
to know it was adorable,
the fat folds in her wrists, the way she brought joy
from attempts to growl like a lion.

We can joke, and do
as I did with her brothers,
how none of them could pronounce Yastrzemski,
at bedtimes back when it was forever.

The mirrors on the walls
behind the bench press racks,
tell me how well I am working the weight, working out,
but for a moment I am choking a sob.