The fairy who lives in Tracy Tensen's backyard occasionally leaves her journal entries in such obvious places Tracy can't help but assume the fairy wants her to find them. 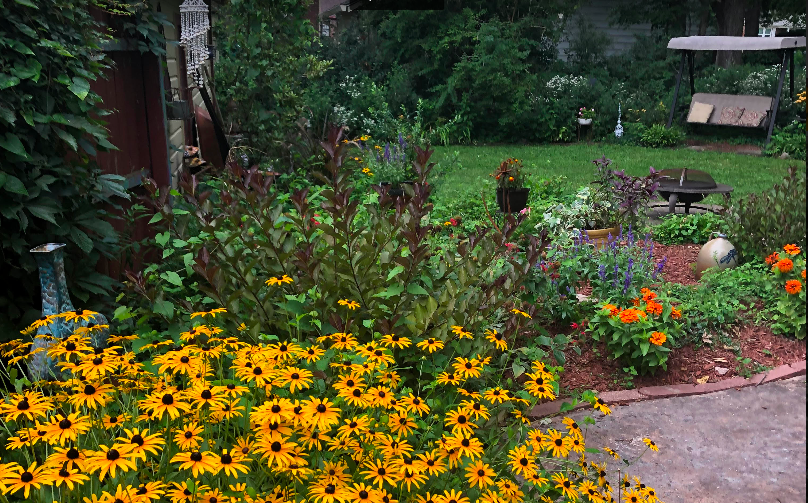 It’s especially chilly today.  I don’t mind snow—it is the most lovely part of the off season, but this wind is another thing altogether.

One might think that fairies go into complete hibernation in the coldest of the months, but this is certainly not the case.

Just last week, for instance, I was in charge of the winter solstice event for the entire backyard.  All fairies are just pagan enough to know how to celebrate a solstice, but it’s not a fete I look much forward to.

My fairy friends Ragnar and Freya love this season most of all and prepare elaborate dishes for the solstice (which I appreciate as my resources are more limited in December),

But, although I shouldn’t, I personally feel even the word “pagan” sounds a bit less than playful—especially in regards to a party. Admittedly, there is a seriousness to the longest night of the year; I find the extended darkness fills me with longing for what was and will hopefully be again.

In ways, it is an evening of hope for those of us nesting in the frozen garden—with each coming day we move to more sunshine and the return of the brave daffodils and then the peonies and so on and so on and beautiful so on.

However, it’s impossible not to have collected some regrets within the six months since June’s summer solstice, so I am personally always able to scratch one or two on Freya’s proffered pieces of papyrus to toss into the fire (it’s a ritual without a starting date and not likely to go away soon). 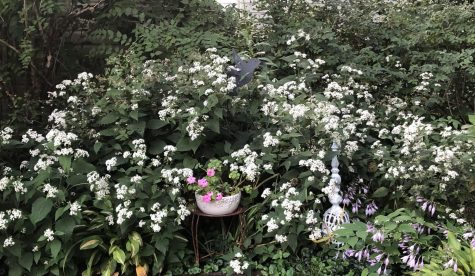 Summer in the Tensen fairy garden

I am able to get the wood going after a try or two—as I do have a sparkle function adequate for such things.  We are all thankful to the dedicated mouse who carves something unnecessarily beautiful out of a dry stick for this purpose. (Oberon only knows how hard it is for me to watch it enveloped in yellow flame). All these ideas like “facing regrets” and burning rituals make me feel less myself than when planning summer parties.  But one must embrace all seasons of life, I suppose.

I have a friend from the yard past the next who attended the solstice party.  Though I would change my location for nothing in the twinkling universe, Avera is lucky in ways because she has procured a personal  a garden with a cottage of sorts.

Her house is cheery all winter, and I often go there for pine needle tea.

She is able to winter a red coleus tree in her cellar under the artificial light.

It will help her welcome back the magnolia and hyacinth in the early spring.  I long for a tree in the long months of winter and breathing in his freshness lifts my soul—why then is it a little depressing? I am inclined to say because it makes me realize that a part of me is also hibernating.  Sometimes you don’t know that something you love is covered or dormant until offered a glimpse of its returning beauty. Then the melancholy of loss clashes a bit with the beauty of renewal. But tonight I seem too reflective and recasting any negativity is an idea I am currently embracing.  There is one loss we all feel most sharply this season—that of the giant fir tree with the sacred mark of lighting lining its great trunk from foot to sky. 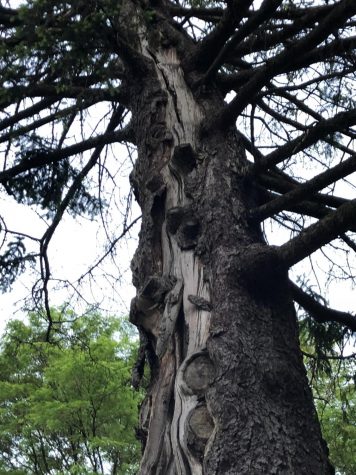 This giant fir with the lightning scar was removed from the Tensen garden last spring.

She is a loss to the garden and I become lonely when thinking of her brilliance and kindness and strength gone forever.  It may seem strange to some, but we took a piece of her bark and made a little bench where all garden creatures go when needing solace.  She is there somehow. Somehow we will all always be here in the garden it seems. Is that recasting? While many things can be recast, I am not sure that grief is one of them.  It’s got a pain so beautiful that I doubt I will ever let it go.