Kim Van Es looks back on experiences that have shaped her growing understanding of diversity in America. 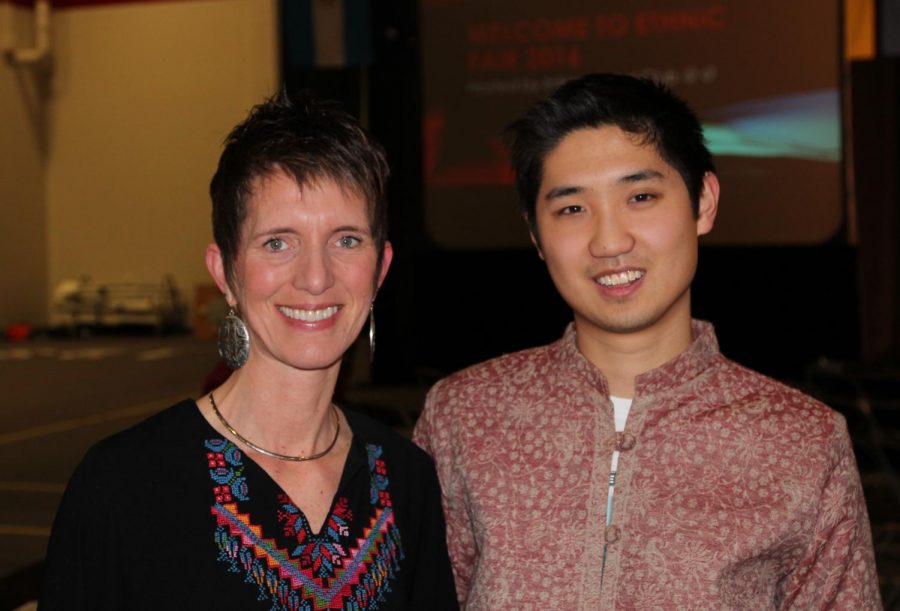 A Teacher’s Encounters with Difference

For teachers just like everyone else, there is a process to getting woke, especially when it comes to understanding the role of skin color in America.

Growing up in a NW Iowa county that was 97% white, my perceptions of people of color came mostly from mission slides at church. People with darker skin were generally poor, from Mississippi or Africa, places where we whites would send missionaries to save them spiritually and economically. They were also the Tai Dam refugees who our church helped resettle in Sioux Center. They were all people in need.

Therefore, imagine my surprise when, while teaching vacation Bible school in Mississippi as a teenager, I was paired with a Black woman to lead the third-grade class–an educated, competent, mature, well-nourished Black woman.

As an academic adviser of provisionally accepted students at Northwestern College, I worked with many students of color, often athletes. Some thrived on our majority white campus, and some didn’t.

Tyson came to meet me in my office during that killer week of football practice the week before classes started, in between three-a-days. This burly young man was an African American from Pahokee, Florida.

Tyson had been in Orange City for about a week, so I asked him, “How is it going for you here?” He was quiet for a few seconds, not looking me in the eye. Then he said, “Well, it’s real different here.”

I was scared to know more—afraid that he had experienced racist comments or worse. But I asked, “How is it different?”

I sighed with relief. For now.

As a member of Northwestern’s Multi-Ethnic Resource Team, I considered myself highly aware of issues of race and culturally competent when working with students of color. But it takes only one mistake to humble you and remind you of what you don’t know.

I was telling a story to my first-year writing class and referenced the “white part of Minneapolis” . . . with an Asian American from a Twin Cities suburb in the room. Olivia’s face portrayed horror/disgust/astonishment(?), but once the words were out of my mouth, there was no return. After class I apologized to her, but these ignorant words from a professor were just one more microaggression added to the pile of presumptive comments.

My senior student was eager to participate in the 2016 presidential election. As a Latino young man with immigrant relatives, the “BUILD THE WALL” rhetoric was/is extremely personal. So on a Saturday morning Jorge drove from campus to the Sioux County courthouse where he told the woman behind the Auditor’s desk that he was a Northwestern student and wanted to register to vote. He knew that college students have a choice to vote using either their home or college address.

The staffer asked to see Jorge’s college ID. This question confused him because in Iowa no ID is needed to register to vote, and none of his college friends had been asked for their IDs. The staffer insisted that the ID was necessary, so he showed her, registered, and left. Upon calling the Auditor the following week, he learned that he was right: an ID was not necessary, the staffer should not have asked the question, and she would be retrained.

Jorge went to the polls and submitted his ballot. November 8, 2016 concluded with the surprising news that Donald J. Trump had won. He and many other students of color were devasted. Jorge wondered if his relatives in Arizona would be safe—from deportment or from triumphant white supremacists. International students fielded calls from their parents overseas begging them to come home.

The next day Jorge crossed Highway 10 to return to his dorm after class, to change into his baseball scrimmage uniform. A pickup came roaring past him, and a voice screamed, “F*** Mexicans! Go Trump!”

In our historically Dutch small town, we held a Partnering for Justice Walk in the wake of George Floyd’s death and other evidence of racial targeting. We organizers hoped for 100, maybe 200 people, but 500 showed up, with signs—people of all ages, races, and political affiliations.

We walked from Northwestern’s campus to Orange City’s town square. But instead of crowning the Tulip Festival queen, we instead heard stories from our neighbors of color–stories of racist comments, racist actions, happening not in the past somewhere else, but occurring now and right in Sioux County.

We listen, we lament, we learn, we link. We pledge to live better.